Collaborations are very important to Casa Colibrí. In October 2018, we partnered with the World Pediatric Project and Hospittalia Amatitlán for a craniofacial mission. In total, the team of U.S. and Guatemalan surgeons completed twenty-four evaluations and eight successful surgeries. Three of those patients – Maria, Juan Diego, and Guadalupe – were referrals from our own community.

Our patients and their families have been waiting a long time for surgery. When we found out that World Pediatric Project had Guatemala in its sights, we leapt to reach out using their referral program. World Pediatric Project’s mission – to heal critically ill children and build healthcare capacity – was a good match for our own. Our Executive Director worked tirelessly to get our three patients from their homes in northwest Guatemala to the capital city, where they stayed in the Ronald McDonald House both pre- and post-mission.

Maria, one of the eight who underwent surgery, was seventeen years old at the time of the operation – on the cusp of not being eligible for pediatric care. Maria was born with a craniofacial condition called a nasal encephalocele, a neural tube defect characterized by sac-like protrusions of the brain and the membranes covering the brain through the openings in the skull. Successful surgery resulted in the removal of Maria’s encephalocele and reconstruction of her face. 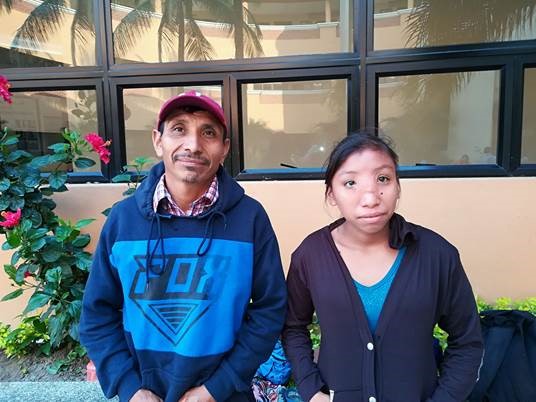 Maria and her father, Erlindo, before surgery.

Another of our patients, six-year-old Juan Diego, was also one of the eight. He received the first intervention in his craniofacial repair to reduce the size and pressure of the encephalocele.

Guadalupe, at nine years old, was evaluated but was unfortunately unable to proceed with the operation due to contracting pneumonia shortly before the surgery. Guadalupe recovered well at the Ronald McDonald House, and in the meantime, World Pediatric Project is planning a second trip in May 2019. This trip will include the second surgery for Juan Diego and, hopefully, the first for Guadalupe. 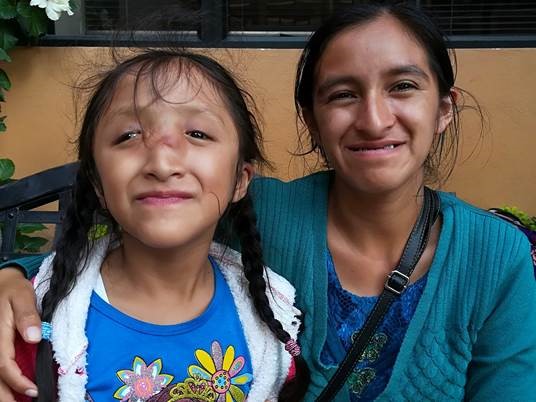 Here, Guadalupe and her mother Eulalia smile after being evaluated for the operation and cleared for surgery once she’s well again. Her shunt has already been put in by a surgical team based in Guatemala.

Surgery forever changes the lives of these kids. Already burdened by immense poverty and limited healthcare – something that has been Casa Colibrí’s mission to improve since we were first founded – craniofacial abnormalities introduce additional untold challenges to their day-to-day lives within the community. After successful surgeries, they now have the chance to go back to school and be treated as equals.

When asked how he felt after Maria’s surgery, her father responded (translation) – “It is as if a big weight has been lifted from my shoulders.”